Since Aaron Rodgers took over as the Packers’ quarterback in 2008, the team has had only two No. 1 wide receivers, Greg Jennings and Jordy Nelson. Save for Jordy’s season lost to injury in 2015, Jennings and Nelson led the team in receiving all but one of Rodgers’ seasons as a starter (Randall Cobb narrowly beat out Nelson and James Jones in 2013). As is the case with any position on any team, at some point torch must be passed, and that time is rapidly approaching. In fact, we may have witnessed the moment of transition in Dallas during the Packers’ game winning drive. Jordy isn’t the top wideout on the team, at least he won’t be for long. The era of Davante Adams is here.

Think about last week’s game sealing drive. Davante was targeted four times, including the first and last plays of the drive, while Jordy was on the sideline. With the ball on the 12, and 21 seconds remaining, Aaron Rodgers threw an incomplete pass to Davante Adams. It’s what happened in the following moments that solidified, in this writer’s mind, Adams’ place upon the wideout throne in Green Bay. Rodgers is a confident man who knows the game of football like no other, he commands the offense. Check to see if a rookie or new player ever tells him what to do, you won’t see it. That’s what made Davante’s moment special. With the Packers preparing to run another play, Adams told Rodgers to run the exact same play. As Aaron put it, Davante gave him a look that said, “throw a better ball.” The unspoken communication. The complete trust in one another. That’s what a great quarterback-wide receiver tandem is made of, and it’s why Adams has next.


Over his tenure in Green Bay, opinion of Adams has been up and down. He flashed his potential as a rookie in 2014, catching 38 passes for 446 yards and three touchdowns. He was called the MVP of the offseason entering 2015 and had lofty expectations, but he compiled just 50 catches for 483 yards and one touchdown. Keep in mind, those first two season are far more impressive than the first two years of Jordy’s career. It’s not easy being a rookie wide receiver in the NFL, especially in a system as complex as the Packers.

In 2016 and thus far in 2017, Adams has demonstrated why he was a second round pick. He fell just short of his first thousand yard campaign last year and it won’t be remotely surprising if he eclipses the threshold yet this year. He trails only Nelson in receiving touchdowns since the start of last season and he appears to take a larger role in the offseason each and every week. 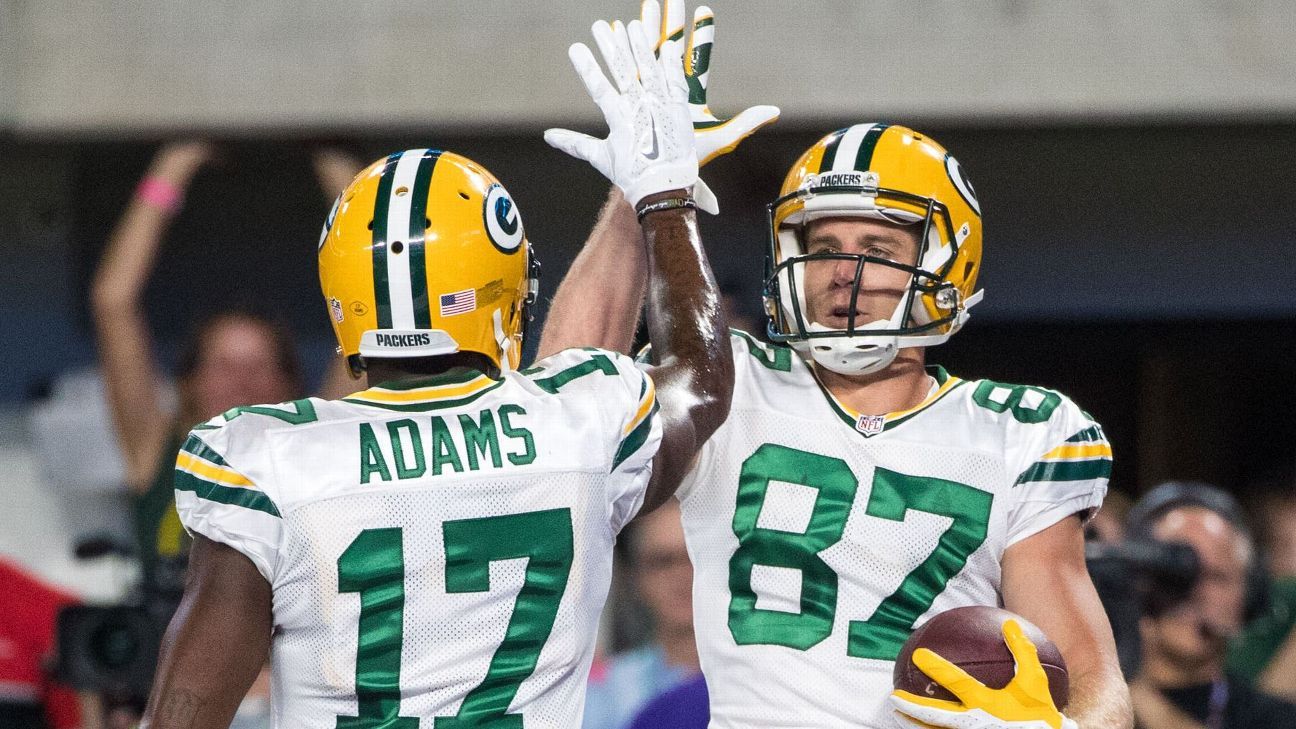 After this season, Adams’ contract is up, and this should give any Green Bay fan pause. The team is set to have just short of $20 million in free space, but the demand for quality wideouts will likely push Adams’ value close to $14 or $15 million. Though Thompson has been dynamite at resigning Packer players in the past, he let Micah Hyde and T.J. Lang walk in free agency this past year. Without Adams, the receiving corps is greatly diminished, especially when Nelson calls it quits in what he has said will be roughly three or four years. I trust Thompson sees the value of Davante, but the contract is most definitely a storyline to watch.

Now, it should be noted after everything stated here that this is not meant to diminish the impact Jordy Nelson is having this year. He’s still one of the best in the NFL. However, as many have said, the NFL often means Not For Long. The times are changing, the baton is being passed, and the Adams era is upon us.

Does Prunty deserve to be back?

Is Robin Lopez a Viable Backup Center for the Bucks?

Week 11 Defensive Player of the Week: Green Bay Has a...

Looking back on Ray Allen as a Buck

A trip down memory lane, another season of the unexpected.