The Brewers put together a solid week, sweeping the Pirates in a two-game series and taking two out of three in Colorado. The series win against the Rockies was huge as it showed the Crew could compete on the road with a playoff contender. They now look ahead to a series with the Giants and a pivotal weekend series against the Dodgers before returning home on August 29th.

King of the Diamond- Jesus Aguilar 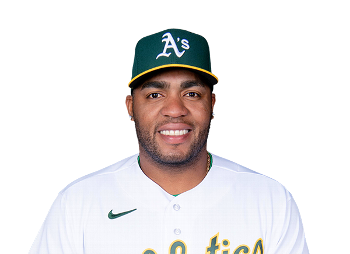 Jesus Aguilar picks up this week’s Diamond award after crucial, game-changing performances against the Rockies. Despite only playing in three games last week, Aguilar homered three times in two games played against the Rockies, including a go-ahead home run in the ninth inning to seal a 6-3 game two victory. Aguilar wasn’t done yet, as he rounded the bases twice more the following day in an 8-4, series clinching win. He has struggled for quite some time, and it would appear that he has overcame his extended drought at the plate. Aguilar may not be an every day player for the Crew, but he deserves at-bats as the playoff race continues to heat up.

The Cubs split a four-game series with the Reds to begin the week but finished it off with a sweep of the Blue Jays. Anthony Rizzo’s hot bat earns him our divisional Diamond award this week. Playing in every game last week, Rizzo went 12-for-28 with two home runs and 13 RBI’s. The first baseman performed in the clutch and continues to be a vital starter for the Cubs as we move into the latter part of August. The Cubs own a two-game lead over the Brewers and 3.5 games on the Cardinals, who appear to be fading.

Badgers Break Through to Sweet Sixteen

A Checkup on Orlando Arcia

How will the Post-Parker Era begin?

Manny Machado: Is it World Series or Bust?

Is Jeff Cirillo The Most Underrated Player In Brewers History